Xanten is probably the most culturally rich city on the Lower Rhine.
If you are interested in the history of the ancient Romans in Germany, the Nibelungen saga or the life of the canons around the St. Viktor Dom, this is true.
All museums understand how to keep their "history" alive and to communicate in a modern way. 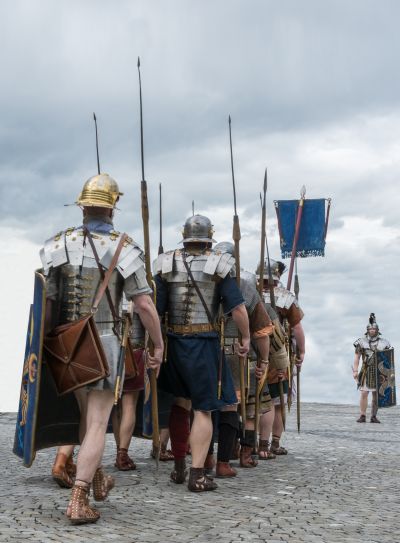 The UNESCO World Heritage Committee included the Lower Germanic Limes with its sites in North Rhine-Westphalia, the Netherlands and Rhineland-Palatinate in the list of World Heritage Sites in summer 2021.
In Xanten you can immerse yourself in life on the Lower Rhine Limes. The APX LVR Archaeological Park Xanten and the LVR-RömerMuseum present the latest archaeological research in a special exhibition from September 30, 2021 to October 16, 2022. Original finds and reconstructions are shown at three locations in the APX. They illustrate the life of the people in the military camps and settlements. Not only was an extra Limes pavilion built for this, there are also two replicas of Roman ships that are true to the original.
Of course, you can also experience various stages of Roman life on the Limes by bike and combine this with a tour of the Rhine. For example to Bislich, where archaeologists discovered traces of Roman maneuver fields. In the small, tranquil town of Bislich, the dike village museum displays evidence of village culture and life on the Rhine with shipping, fishing, flooding and dike construction, as well as finds from the time of the Roman Limes. Including a bronze hand that a master carpenter found in the forest in 1974 and a wine cup from the distant past.

Photo by Heinz Schneider on Unsplash